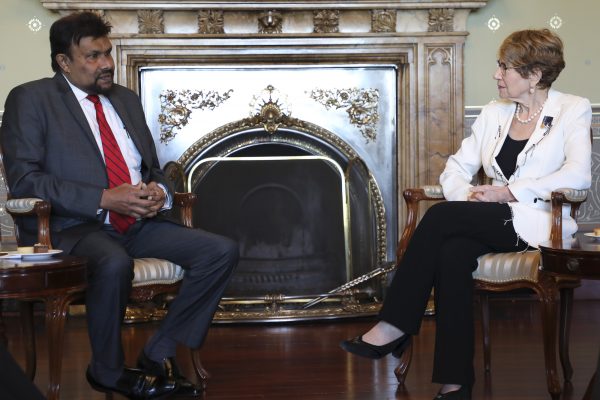 Consul General Lakshman Hulugalle paid a courtesy call on Governor of New South Wales  Honourable Margaret Beazley AC QC on 13 October 2020 and conveyed to her the best wishes from the President and the Prime Minister of Sri Lanka.  Consul General briefed the stable political government formed in Sri Lanka followed by a recently held parliamentary election.  He also mentioned that the timely measures taken by the Sri Lankan Government, had controlled the spread of the COVID-19 pandemic in the country.

During the discussion, Consul General emphasized the importance of friendly bilateral relations with Australia and undergoing improved trade, tourism relations between the two countries.  He highlighted the advantage of Sri Lanka’s geographical location which can be developed as a regional hub for air and sea transport for economic development of the region. Sri Lanka is also an important trading partner for Australia in the SAARC region and it is a favourable destination for Australian tourists.

Margaret Beazley AC QC recalled her happy memory attending Sri Lanka’s 72nd Independence Day celebration in Sydney and the friendly and hospitable people of Sri Lanka.  She also said that the educational links between Sri Lanka and Australia could further improve for the benefit of both countries.  She was happy to mention that the Sri Lankan professional who migrated to Australia have excelled in their professionalism and contributed immensely.  During the discussion, it was also mentioned that the vocational training institutions in Sri Lanka could be linked with Australian counterparts such as Technical and Further Education (TAFE) which could benefit skilled migration from Sri Lanka to Australia. 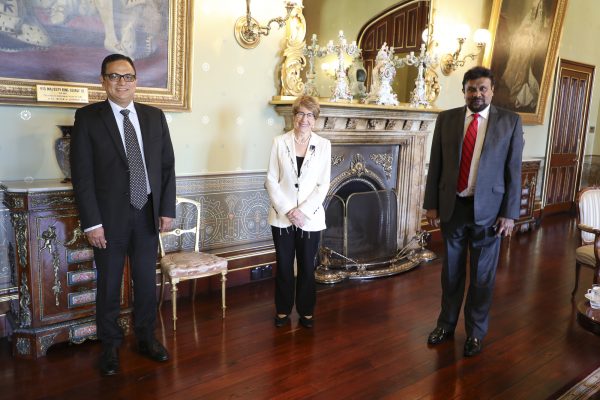 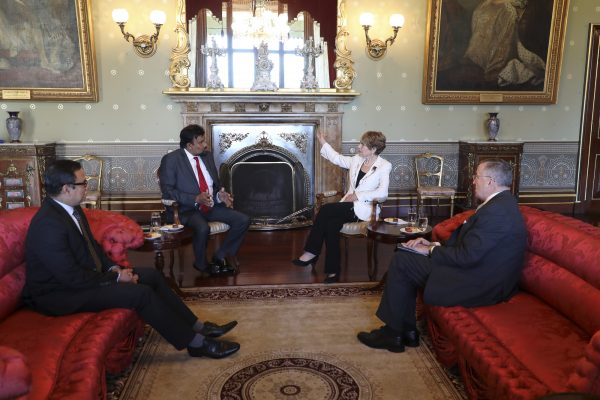