Ambassador of Sri Lanka to the Republic of Cuba Presents Credentials 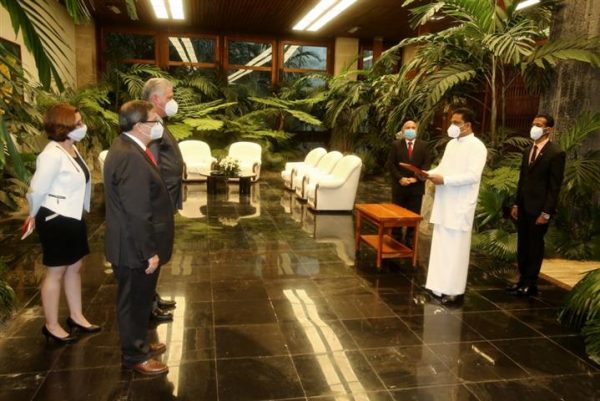 At a State Ceremonial Presentation held at the Palacio de la Revolución, on arrival, Ambassador Lakshitha Ratnayake was received by Chief of Protocol and accorded with an honour guard and a ceremonial welcome by the Presidential Guard. Following that event, Ambassador presented his credential papers to the Cuban President at the Palacio de la Revolución where the Minister of Foreign Affairs of the Republic of Cuba Bruno Rodriguez Parrilla also was present.

During a brief conversation following the ceremony for the presentation of credentials, the President warmly welcomed the new Ambassador and extended his good wishes for the latter´s successful tenure of office as the resident Ambassador to the Republic of Cuba. Further, President expressed the necessity of having close economic cooperation between two countries. The Ambassador conveyed to the Cuban President the good wishes and felicitation of the Sri Lankan President, Gotabaya Rajapaksa. He thanked the Cuban government for deploying a Cuban medical team to assist Sri Lankan migrant workers based in Haiti during recent outbreak of pandemic. He assured the Cuban President that he will explore all the avenues to establish close economic relations and expand the level of bilateral cooperation, especially in the areas of international interactions, culture and health care for the mutual benefit of the two countries. 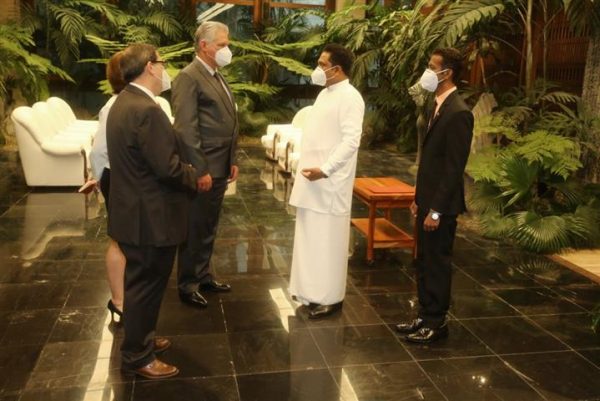 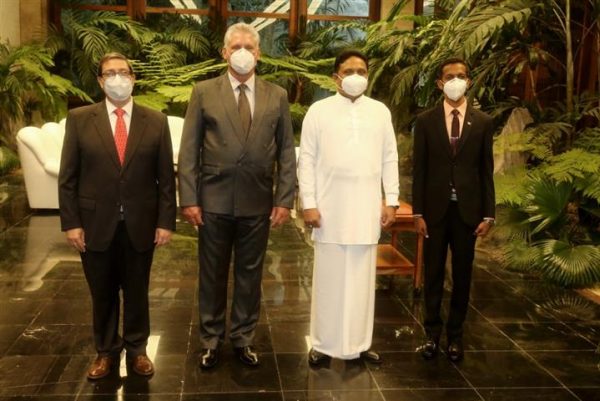