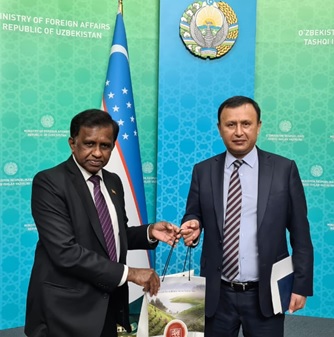 The official visit of the Sri Lankan Embassy delegation headed by Ambassador Prof. M.D. Lamawansa, to the Republic of Uzbekistan included a number of high-level meetings in the Ministries in Tashkent during a 4-day run.

Thus, Ambassador Prof. Lamawansa held a fruitful discussion with the Deputy Foreign Minister of the Republic of Uzbekistan Sidikov Furkhat. During the conversation, topical issues of the development of Sri Lanka - Uzbekistan relations of friendship both in bilateral and international arena, as well as potential areas for strengthening interaction between the two countries were considered. The meeting was also attended by and Head of Foreign Ministry Directorate overseeing the countries of South Asia, Middle East and Africa Eshonov and the Head of South Asia Division Sharipov from the Uzbekistan side and First Secretary Nirosha Herath and Personal Assistant to the Ambassador  Olessya Romanova from the Embassy side.

At the Ministry of Higher and Secondary Specialized Education of the Republic of Uzbekistan Ambassador Prof. M.D. Lamawansa was received by Deputy Minister Uzokboy Begimkulov, Director of the International Cooperation Department and colleagues from the State Tashkent University of Oriental Studies. The parties briefed on the education systems in both countries and discussed the prospects for collaboration in the area of vocational training, short-term courses, establishing links between Universities, and joint research projects.

The Ambassador paid a call on the Deputy Minister of Investment and Foreign Trade Kudratov. Both sides emphasized the unutilized potential to enhance collaboration in various spheres, including trade, agriculture, technology and investment.

The Embassy delegation visited the newly established Ministry of Tourism and Sports and had a substantive discussion with Head of International Affairs and Protocol Department Nadira Berdimuratova, and Chief of Marketing Department and leading Tour Operators of Uzbekistan Aziz Mirdjalilov. The matters pertaining to potential in expanding both inbound and outbound tourism of both countries as well as promotion of cultural and religious tourism was touched upon.

The Ambassador and his team had a substantive discussion with the Deputy Chair of the Chamber of Commerce and Industry of the Republic of Uzbekistan. The parties underlined the importance of establishing links between the Chambers of Sri Lanka and Uzbekistan to open more opportunities for business sectors of both countries.

All the meetings were conducted in a highly interactive and productive manner, and the Uzbekistan side expressed its willingness to work closely with the Sri Lankan Embassy to intensify the existing relations between the two countries.

During this visit, Ambassador Prof. M. D. Lamawansa was accompanied by First Secretary of the Mission Nirosha Herath, and Olesya Romanova, Personal Assistant to the Ambassador. 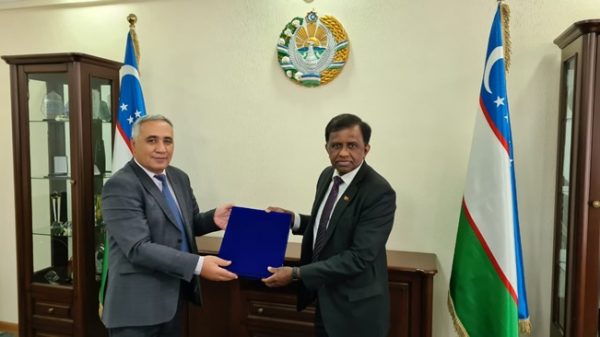 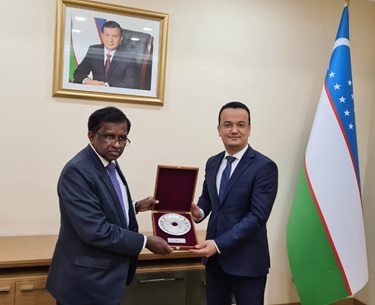 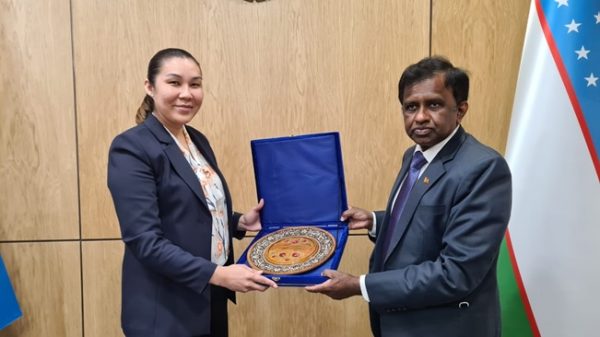 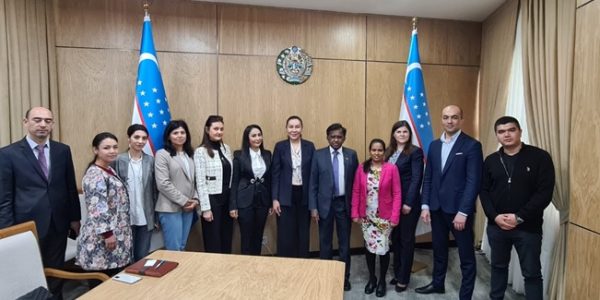 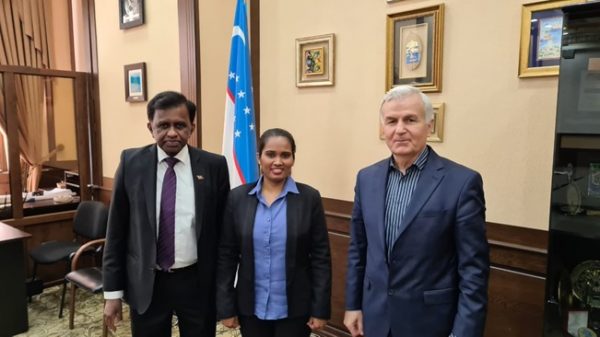 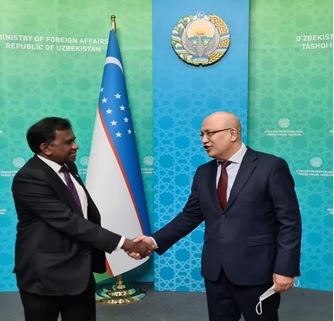 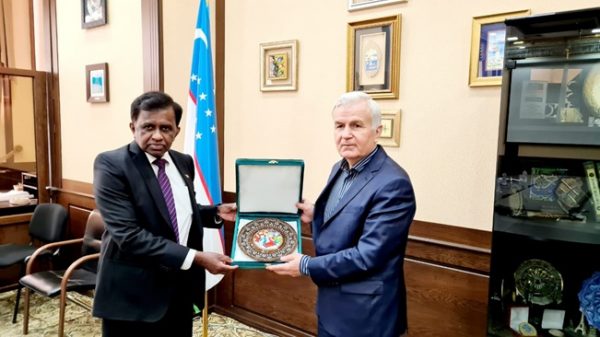