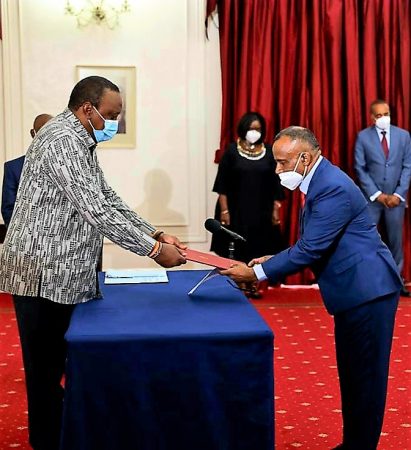 High Commissioner Veluppillai Kananathan presented the Letter of Credence appointing him as High Commissioner to Kenya to President of the Republic of Kenya Uhuru Muigai Kenyatta on 2 December 2020 at the State House in Nairobi.

Following the official ceremony, the President invited the new High Commissioner to a private meeting where High Commissioner Kananathan conveyed to President Kenyatta the greetings and best wishes of President Gotabaya Rajapaksa, Prime Minister Mahinda Rajapaksa, the Government and the people of Sri Lanka. President Kenyatta, recalled the cordial and close relations that he had enjoyed with former President Mahinda Rajapaksa and said that he looks forward to working closely with President Gotabaya Rajapaksa to deepen the bonds and advance the bilateral relations between Kenya and Sri Lanka.

The High Commissioner explained that the current Government headed by President Gotabaya Rajapaksa attaches great importance to promote ties with Africa and in particular with Kenya which is an active member of the Common Market for East and Southern Africa (COMESA). The Kenyan President appreciated Sri Lanka’s approach and focus on Africa saying that the regional economic prospects in Africa and Asia should complement each other for greater prosperity of the respective peoples and opined that Sri Lanka should continue her efforts to expand relations with Africa to new heights.

President Kenyatta said that Sri Lanka and Kenya have consistently shared common views on global issues and extended support to each other at multilateral forums and suggested strengthening of such cooperation and good will between the two countries.

During the meeting, they also took stock of the 50 years of diplomatic relations between Kenya and Sri Lanka and appreciated the progress achieved in the bilateral relations. The President and the High Commissioner also shared views on the need to broad base the bilateral relations into many new areas of cooperation especially in trade, investment and other economic activities to reach its true potential. In this regard, High Commissioner Kananathan stated that as the High Commissioner to Kenya he is entrusted by President Gotabaya Rajapakse with a mandate to broaden and deepen the existing relations between the two countries and the President Kenyatta responded saying that his Government would extend all necessary cooperation to realize that objective for the shared benefit. The Sri Lanka High Commission in Kenya is also concurrently accredited to eight other African countries in the region. 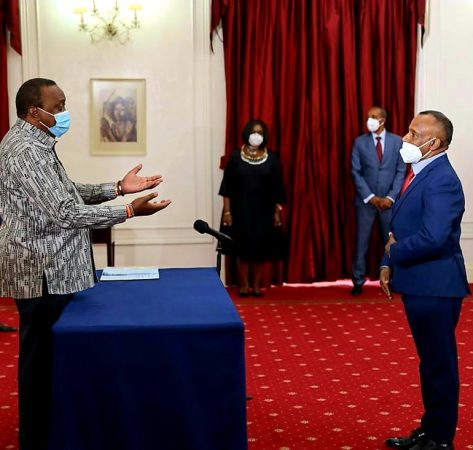