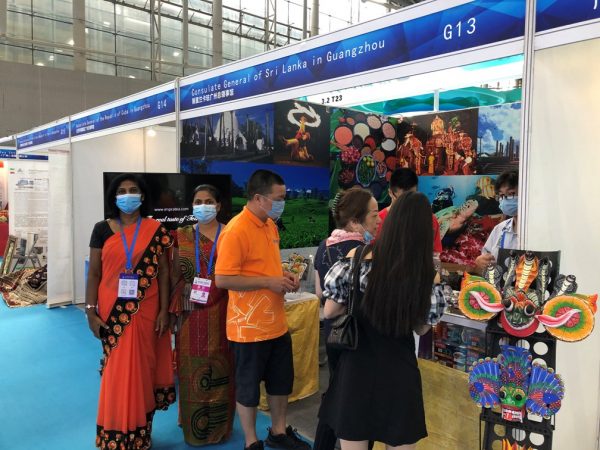 The Consulate General of Sri Lanka in Guangzhou participated at the Guangzhou Fair, from 25-31 August 2020, organized by the Guangzhou Municipal People’s Government to showcase and promote one’s economy culture and tourism.

The Consulate had also participated in the Guangzhou fair in 2014 and 2018, with prominent Sri Lankan tea companies, whose agents were in China.

The Consulate designed and decorated the Sri Lanka stall with the walls of the stall blown up with pictures of prominent Sri Lankan tourist, archaeological, cultural sites as well as ‘Ceylon tea’ pictures. The booth was also decorated with some Sri Lankan handicrafts such as masks, small wooden elephants.

A television screen was also organized to continuously play tourism and ‘Ceylon tea’ videos throughout the exposition.

Tourist brochures were also distributed to Chinese visitors, while explaining attractions of Sri Lanka for them to visit.

With the cooperation of the Guangzhou based Sri Lanka Tea company ‘Impra’,  hot cups of ‘Ceylon tea’ were served to visitors who came to the stall and while handing over Sachets of ‘Ceylon tea’, after explaining about the uniqueness and varieties of ‘Ceylon tea’.  During the fair ‘Impra’ tea company was able to get contacts of several potential professional buyers.

The Guangzhou Fair, had been organized since 1993 and had been an important platform for regional cooperation with friendly regions and cities from China and aboard.

Around 30 delegations from Taiwan, Tibet, and several provinces and cities of China participated in the fair, with over 100,000 visitors at this year’s fair. 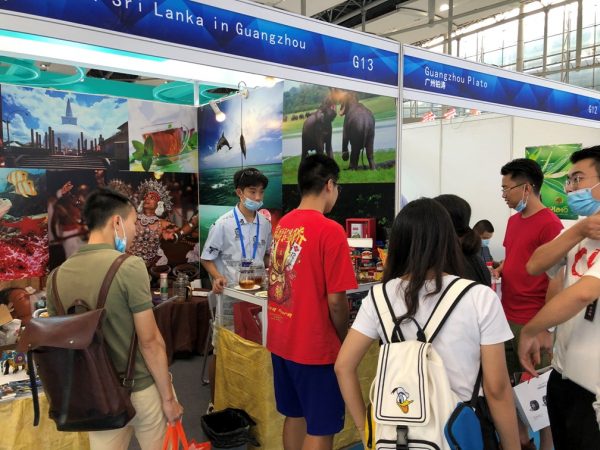 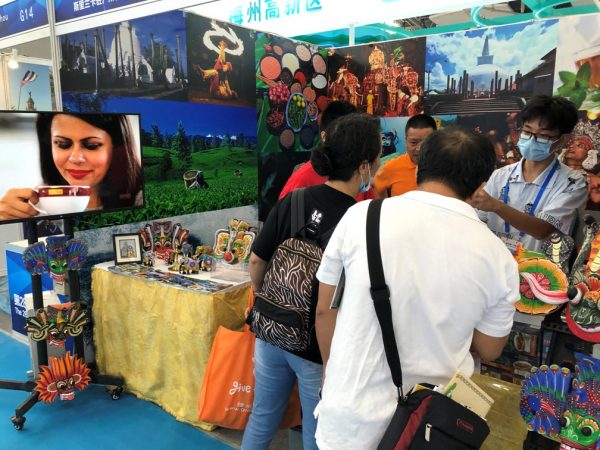 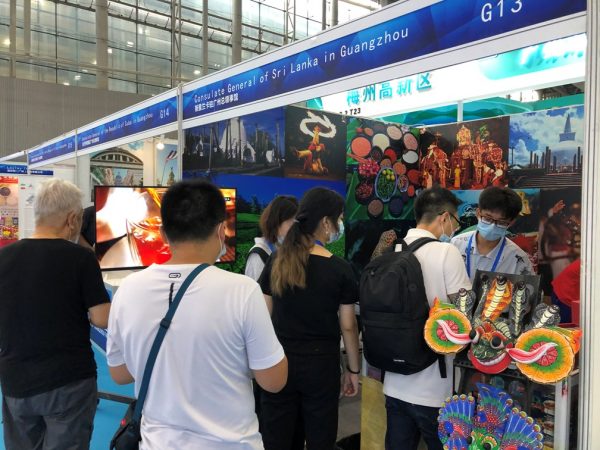 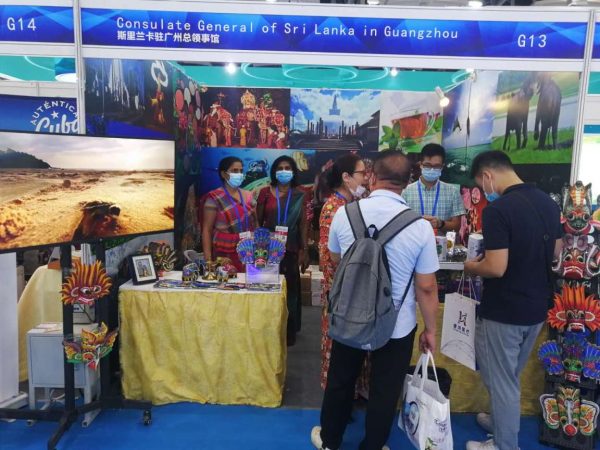