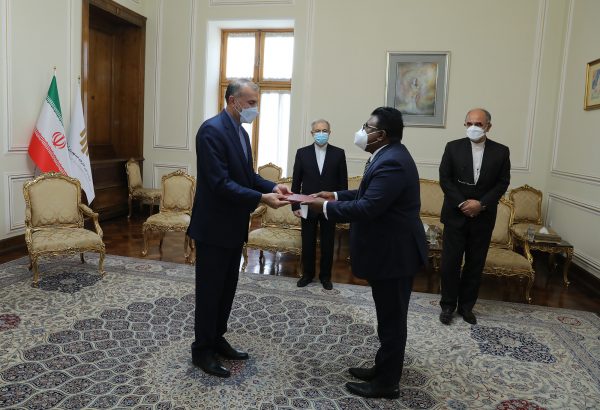 Ambassador designate of Sri Lanka to Iran G.M.V. Wishwanath Aponsu paid a courtesy call on the new Minister of Foreign Affairs of the Islamic Republic of Iran Dr. Hossein Amir-Abdollahian on Wednesday, 01 September 2021 at the Ministry of Foreign Affairs in Tehran.

The Minister of Foreign Affairs warmly welcomed Ambassador designate and wished him every success in his new assignment as the Ambassador of Sri Lanka to the Islamic Republic of Iran. During the meeting, the Foreign Minister underscored the mutually beneficial partnership existing between Sri Lanka and Iran and expressed the Iranian new government’s interest to further strengthen cooperation for the mutual benefit of the two peoples.

Ambassador designate Aponsu conveyed warm greetings and best wishes from President Gotabaya Rajapaksa and Prime Minister Mahinda Rajapaksa to President Ayatollah Sayyid Ebrahim Raisi and the friendly people of Iran and handed over a copy of the felicitation message by Foreign Minister Prof. G.L. Peiris to the Minister of Foreign Affairs.

Ambassador designate expressed his sincere appreciation for the development assistance, provided by the Government of Iran to Sri Lanka, in the sectors of energy, irrigation, and rural development in the past and assured the Iranian Foreign Minister of the future collaborations between the two countries. 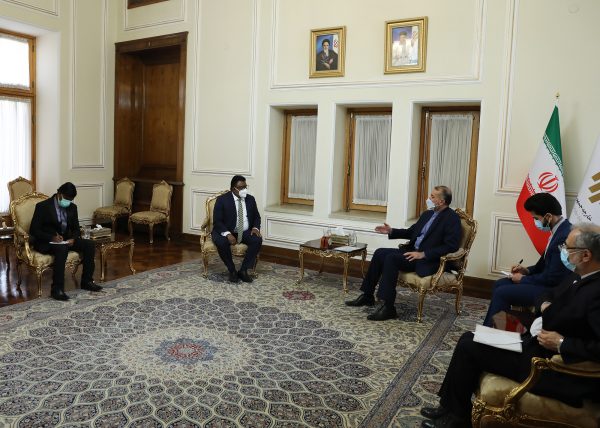