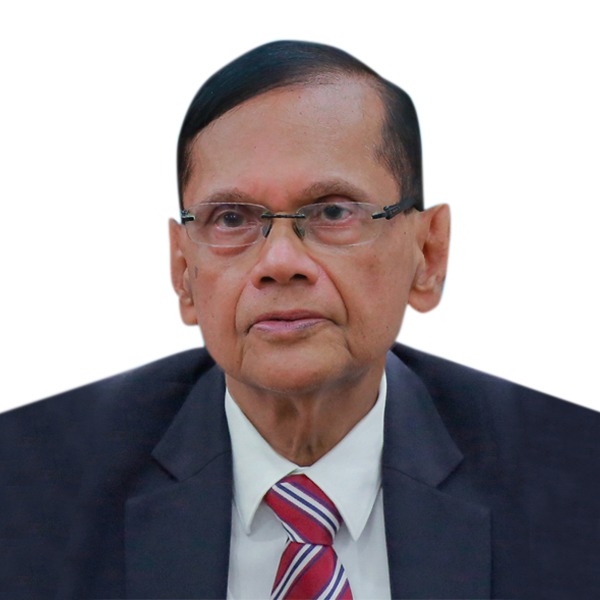 Hon. Prof. Gamini Lakshman Peiris was appointed as the Foreign Minister on the 16 August 2021.  Hon. Minister G.L. Peiris counts nearly three decades in politics and governance and was a Member of Parliament since 1994, preceded by a career in the Higher Education sector.

Hon. G.L Peiris received the title of ‘Vidya Jothi’ for ‘Exceptional Scientific Achievement Involving Original Research’ from His Excellency the President of Sri Lanka in the National Honours list on Republic Day, 1987. Minister Peiris holds a Bachelor of Law (First Class Honours,Ceylon), 1967 and has a Doctorate of Philosophy (Oxford), 1971 and Doctorate of Philosophy (Sri Lanka), 1974. He was a past pupil of S. Thomas’ College, Mount Lavinia.