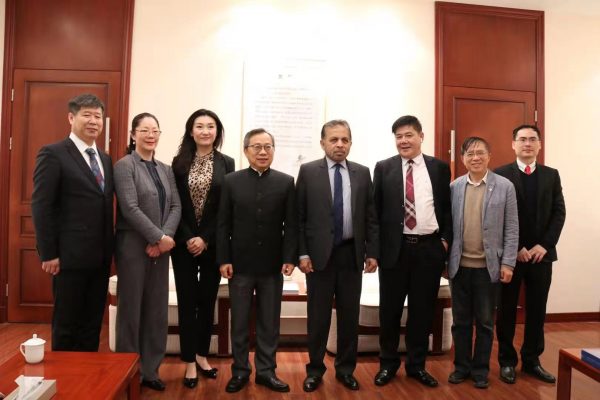 Ambassador Dr. Palitha Kohona visited Shanghai from 30 March to 01 April 2021. He met with a number of leading business people, some of whom were from Zhejiang. Among the matters discussed were the possibility of investing in Sri Lanka's silica and graphite resources and local value addition, formally partnering with and promoting Sri Lanka at the next China International Import Expo (CIIE), partnering with Sri Lanka in sporting and cultural matters, taking a Wushu team to Sri Lanka on a demonstration tour, and making a movie for Sri Lanka and Chinese audiences based on martial arts. Such a movie, for which there was considerable business enthusiasm, is expected to generate wide tourism interest as well. Shanghai being the leading volleyball playing city of China, Dr. Kohona also raised the possibility of collaborating in this sport and the response from the Chinese side was positive.

Shanghai has a vibrant martial arts tradition and the main school has been functioning since the early 1900s. The Shanghai Chin Woo Athletic Federation, which birthed many early revolutionaries, commands much respect. The government funded China Martial Arts Academy is located in a traditional building in Shanghai.

On 01 April, Ambassador Dr. Kohona met with senior officials of the Chinese People Political Consultive Conference (CPPCC) of Shanghai, and the Shanghai Huaxia Culture and Economy Promotion Association (SHCEPA) who warmly welcomed the visit of Ambassador Dr. Kohona. Shanghai and Colombo had established a sister city relationship in 2003.

There was all round appreciation of President Rajapaksa personally travelling to the Colombo airport to receive the gift of 600,000 doses of Sinopharm vaccines.

Dr. Kohona recalled that Sri Lanka had always been a crucial supporter of the Belt and Road Initiative and was now looking for flagship investments for the Colombo Port City. Also said that it had participated in the CIIE continuously with a view to expanding its share of the Chinese market. He acknowledged that during the pandemic, China had always responded positively to Sri Lanka's requests. 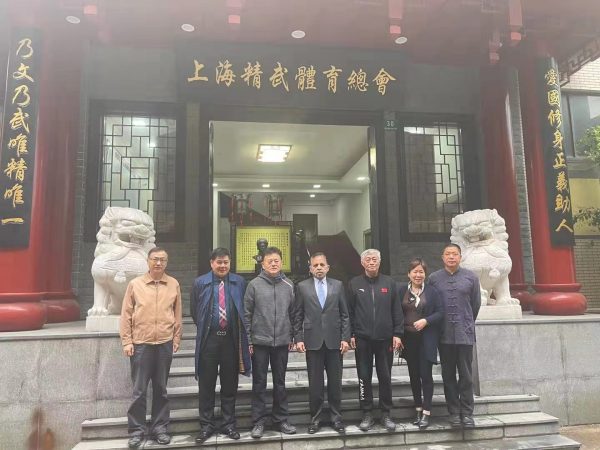