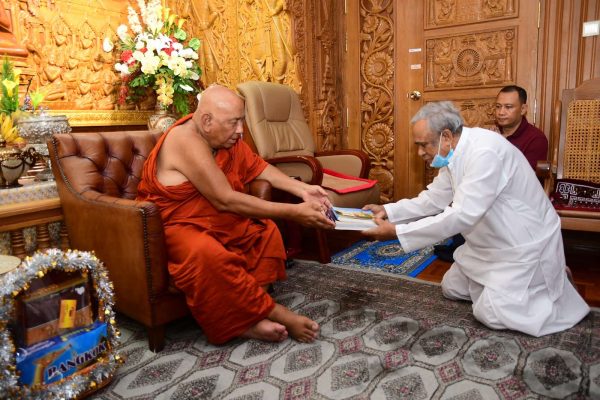 The Ambassador - designate met with the Chancellor of the Buddhist Academy Vice Sangha Raja, Chief Incumbent Ven. Dr. Ashin Nyanissara, Abhidhajmaharatthaguru.  He is also the Head of the Sitagu International Buddhist Missionary Association, a popular Buddhist association with the membership of foreign nationalities.

Both the Ambassador designate and the Chief Incumbent shared mutual experiences related to Buddhism with particular reference to the long standing historical religious based relations with Myanmar and Sri Lanka.

With the strong bond of religious affinity founded by Theravada Buddhism between the two countries, the Chief Incumbent highlighted the importance of working closer towards further strengthening the existing ties for the benefit of world Buddhist community. It was also highlighted the significance of strengthening the collective relationship among the five countries where Theravada Buddhism prevails; Sri Lanka -Myanmar – Thailand - Cambodia and Laos.

The Ambassador –designate underscored the remarkable service by the Buddhist Academy for the wellbeing of Buddhism not only in Myanmar but also in other countries. The Ambassador designate also extended appreciations for facilitating the repatriation of several Sri Lankan bhikkhus, bhikkhunis and lay students in Myanmar on the special flight scheduled on 16 May 2020.

Counsellor K.H.C. Sankapali, Attache U.A. Ranasinghe and few staff of the Mission and family members of the Ambassador designate joined the visit. 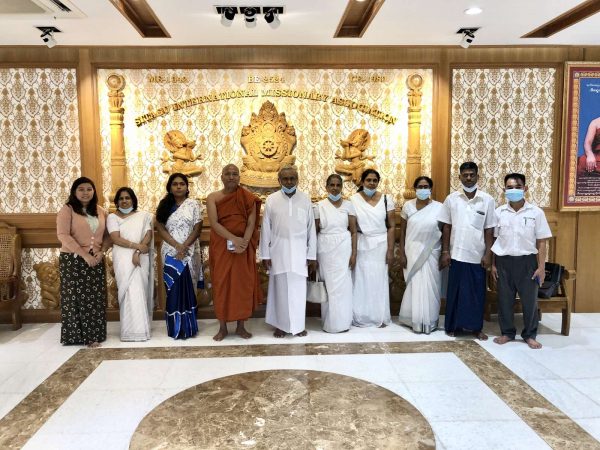